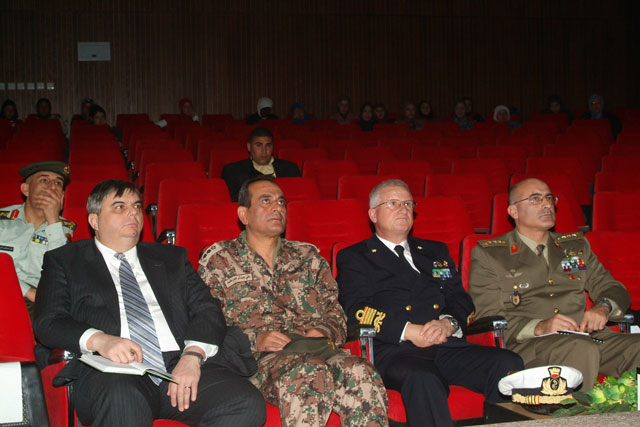 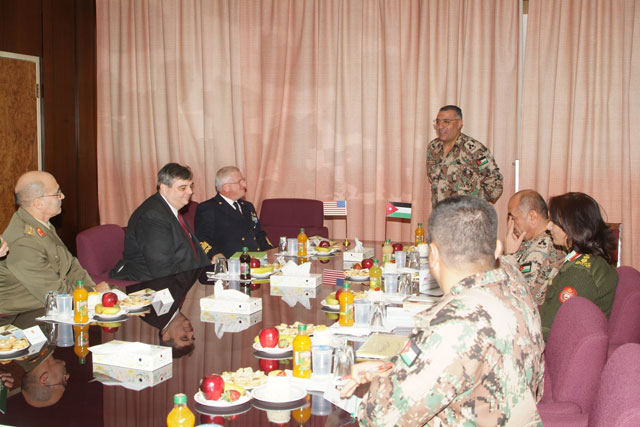 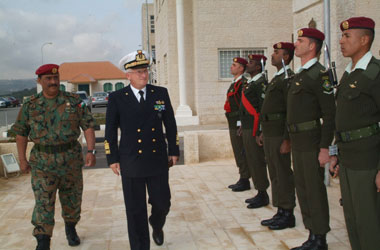 Deputy Supreme Allied Commander Transformation (DSACT) Italian Navy Adm. Luciano Zappata, Political Advisor to SACT Ambassador Wayne Neill and civilian and military staff members from the Norfolk-based strategic command visited Jordan recently to open further dialogue as part of the NATO Training Cooperation Initiative (NTCI).
Zappata said Jordan is very important to NATO because of their stabilising role in the Middle East.  “Jordan has a very good relationship with Western countries.  They understand us, and they can play a very important role,” he said.
During the four-day visit, Zappata, Neill and ACT staff members met with key Jordanian authorities and military leaders to exchange views on a wide range of issues and to strengthen ties between the Alliance and Jordan.  These types of communication opportunities help focus on the specific objectives and priorities of individual countries.
“We look at these countries through the eyes of our own culture, so we may not always understand their culture,” he said.  “It’s important for us to understand how they see us and if we want to be relevant in proposing to NATO authorities the way ahead for transformation in NATO we need to better know our neighbours.”
Jordan joined the Mediterranean Dialogue (MD) in 1995 and makes significant contributions to establishing regional peace, security and stability.  Strong relationships with countries such as Jordan help NATO meet future requirements.
One of the initiatives to help strengthen relationships and promote interoperability is the creation of a Regional Cooperation Center at the NATO Defense College, a place where NATO, partners and MD/Istanbul Cooperation Initiative (ICI) countries can gather to improve mutual cultural awareness, which is a vital component of working together and understanding each other.
In addition to strengthening relationships and opening further dialogue, the ACT team engaged with Jordanians on education and training issues.  Jordan is a key contributor to peacekeeping operations training through various initiatives such as the Peacekeeping Operations Training Center (PKOTC).
The PKOTC focuses a majority of their efforts on pre-deployment cultural awareness training, and 75 percent of attendees are foreign personnel.  The aim of the training is to improve Arabic cultural awareness in order to better prepare troops for deployment.  The center has organized a wide variety of courses to include NATO Terminology, Civil Military Cooperation and other topics that benefit Alliance forces.
“Jordan plays a big role in helping us understand how the Arabic people live and work, which will help us in building our relationships.  I think they have set up a very useful center,” said Zappata.
ACT’s NTCI initiatives such as Advanced Distributed Learning as well as NATO School and NATO Defence College courses offer a two-way flow of information and ideas, which increases understanding and cooperation between participants.
Zappata said ACT can support countries such as Jordan through the expertise of the staff and by linking them with other countries that may already have experience.
ACT leaders will visit several MD/ICI countries this year with the goal of strengthening relationships and opening further dialogue.